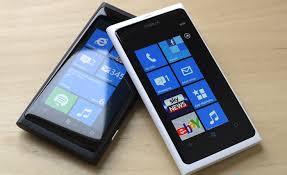 Nokia has officially unveiled the Lumia 625, Lumia 625 is a mid-range Windows Phone smartphone with 4.7-inch display. The Lumia 625 does not set the scene on fire with mediocre hardware. Lumia 625 is a 1.2GHz dual-core processor, 512MB of RAM and 8GB of internal storage along with a microSD card slot. While the rest of the specs are fine, what gets our goat is the paltry 512MB of RAM, which means certain apps might not be compatible. Then there is a 5-megapixel camera on the rear and a customary VGA camera on the front. It has FM radio too, which is a much sought-after feature in India.

The Lumia 625 comes in a variety of colors – red, green, yellow, black and white as all Lumia series come and features removable shells, like in most mid-end Lumia smartphones. It has a 2,000mAh battery. Nokia says that the Lumia 625 will be available for Euro 220 and INR 17500 in the third quarter of the year.