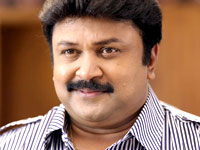 Boss is a much hyped film featuring Challenging Star Darshan and Navya Nair in the lead. This is the 18th film produced by Ramesh Yadav. Raghuraj is the director. Boss is packed with action besides the usual dose of sentiments plus lovely songs. Raghuraj has written the story and screenplay too. A.V. Krishnakumar is the cameraman.