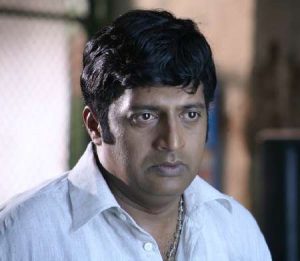 Veteran South actor Prakashraj, who was last seen in Bollywood playing the baddie opposite Salman Khan in the smash hit Wanted, has been cast in Rohit Shetty’s remake of Singham.

Prakashraj would be playing the role of the villain opposite Ajay Devgn in this action flick. Interestingly, the actor was also the baddie in the original Tamil version. Shooting of the film is currently on in Goa and the film releases on July 22 this year.