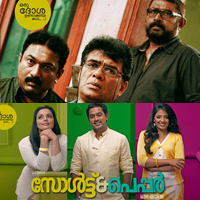 Priyadarshan has been the biggest ambassador of hit Mollywood films, remaking much of them into Mollywood. The director has been instrumental in converting all the good stories from commercial Malayalam to big hits in Hindi. And to his credit is at least a dozen of remakes from Malayalam, which had fared well in Hindi too.

The latest buzz is that the celebrated director who is also serving as the chairman of the Kerala State Chalachithra Academy, has already bought the remake rights of the upset hit of the year ‘Salt’N Pepper’. Priyan who is much impressed with the movie, which is based on a plot on food and variable tastes,  will be ready to remake this movie by the mid of next year, after completing his two new projects on pipeline ‘Tez’ and ‘Arabeem Ottakavum Pinne Njaanum’.