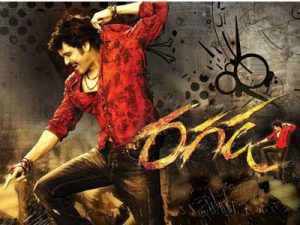 Nagarjuna’s latest release Ragada, which collected around Rs. 7.41 crores in 7 days in Andhra Pradesh, has set a new record in Nagarjuna’s career with overall collections of Rs. 19.17 crores in just 13 days.

This is indeed the highest collection ever for a Nagarjuna film in the state. Interestingly, Ragada got only mixed responses from the audience. The makers are planning a grand success meet soon.

“My association with the Akkineni family dates back to 25 years. We are satisfied with the box office result of Ragada and are planning another film with Nagarjuna,” producer D. Siva Prasad Reddy said on Thursday.

“We all worked hard to ensure that Ragada becomes another milestone in the journey of Kamakshi Enterprises, which is in its silver jubilee. Veeru Potla’s direction, Brahmanandam’s comedy and the presence of two heroines helped the film get a hit status. We are making every effort to curb piracy of the film,” he added.