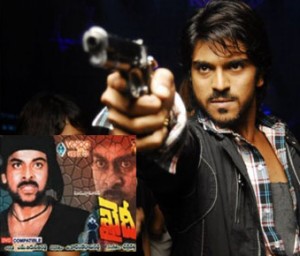 It is known that Khaidi remained as a milestone in Mega Star Chiranjeevi’s career and the star has also admitted that in many interviews. Now, the remake of Khaidi is on cards and Ram Charan is likely to take up this project very soon. The 1983 blockbuster has Madhavi as the female lead and is directed by Kodandarami Reddy.

The remake version of Khaidi will be produced by Atchi Reddy on Max India Productions banner. If everything goes well, the Khaidi remake will hit the sets in 2011 end. Other details of the film along with a formal announcement are expected soon.