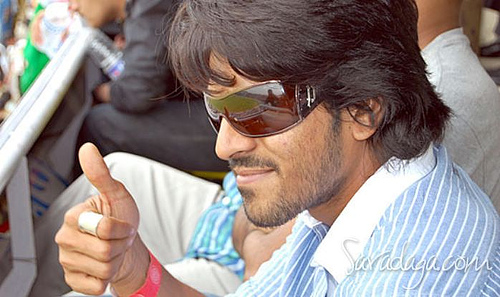 Ram Charan Vs Dasari. Ram Charan continues his verbal attack against Dasari Narayana Rao. Just a few days ago, Ram Charan directly said that Dasari’s comments against actresses are completely untrue. Now he makes veiled attack on the veteran director. He tweeted: “So called great directors are now confined to only speeches and lectures on stages. It is sad that they can’t move anything but their mouth.”

It is no secret that Chiranjeevi and Dasari Narayana Rao have been at loggerheads for quite a longtime. Whenever an opportunity comes, Dasari makes it a point to attack on Chiru indirectly. Though Chiranjeevi incensed with Dasari’s attitude, he never made his anger public. But it seems,  his son Ram Charan doesn’t want to suppress his feelings. He slowly but deliberately raising his voice against Dasari.

This latest tweet is too harsh and would definitely turn into big controversy. So wait for another war of words between these two camps.