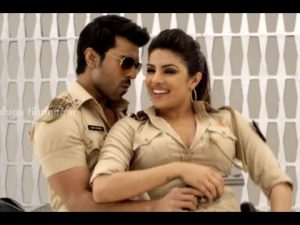 Ram Charan’s Thoofan audio is set for a launch in August 2nd week on a grand scale. However, the date and venue are yet to be announced by the filmmakers.

Thoofan, the Telugu version of Zanjeer which itself is the remake of Hindi blockbuster with the same title marks the debut movie of Ram Charan in Bollywood. Priyanka Chopra is playing the female lead.

The dubbing activities of the Telugu version of the film are in progress and Yogi is supervising the works for the Thoofan while Apoorva Lakhia is directing Zanjeer and Amit Mehra in association with Reliance Entertainment is producing it.