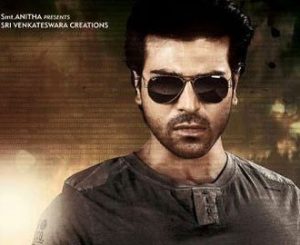 The film is shot in bilingual versions in Telugu, Hindi and the latter version of the film is titled Zanjeer, which itself is the remake of Amitabh Bachchan’s 1973 super hit film with same title Zanjeer. Anu Malik, Meet Bros Anjjan and Chirantan Bhatt provided the musical scores for the movie and the audio will be launched soon.

The Hindi version Zanjeer first look trailer is planned to be launched on July 5. Apoorva Lakhiya is the director of the film and Amit Mehra, Puneet and Sumeet Mehra are producing the movie in association with Reliance Entertainment.