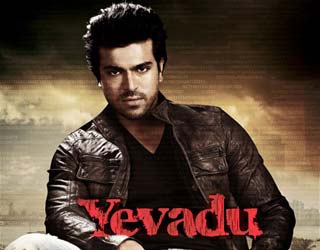 Ram Charan’s Yevadu audio will be launched on 9th May in Hyderabad. The audio is composed by Devi Sri Prasad. Meanwhile, the 30 second teaser trailer of Yevadu will be unveiled on March 27 on Ram Charan’s Birthday.

Vamsi Paidipalli is directing this action thriller with Shruti Haasan and Amy Jackson as heroines. The action sequences of the film are currently being shot in Hyderabad.

Dil Raju is producing Yevadu on Sri Venkateswara Creations banner and the film also casts Allu Arjun and Kajal Agarwal in cameo roles. Yevadu is expected to hit the big-screens in June.