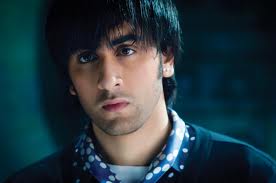 Bollywood actor Ranbir Kapoor was intercepted at the Mumbai International Airport for carrying undeclared goods, which he was allowed to take away, only after paying a fine as well as customs duty, a senior customs official said.

The actor was told to pay Rs 1 lakh as customs duty for personal goods worth about Rs 3 lakh, besides a Rs 70,000 fine, since he had not declared the goods, the official said.

“The 30-year-old was found to be carrying personal goods which were required to be declared to customs officials,” a Customs official said.

According to the Air Intelligence Unit (AIU) of the Customs, the actor was intercepted at about 2 am and his luggage was checked at the Chhatrapati Shivaji International airport during a routine inspection as he passed through the green channel.

“Since Ranvir was not carrying the required cash, he left the airport at about 3 am, leaving behind his goods in the custody of the airport authority,” the official said.

The actor’s staff arrived at the airport in the morning and paid the amount, after which his goods were released.