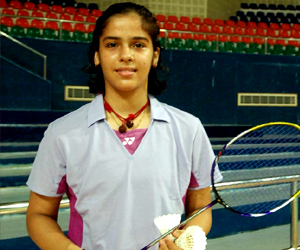 Saina, who missed a couple of tournaments early in the year because of a nagging ligament injury and then suffered early exits from the Korean Open and the All England Championships, notched up her first title of the season in Switzerland last week.

The Swiss Open title was her third Grand Prix Gold title win after Chinese Taipei (2008) and the Indian Open (2010).

In men’s singles, Commonwealth Games bronze medallist P Kashyap was at the 21st place with 38415.2559 points, while Ajay Jayaram moved to 28th. Anand Pawar and Arvind Bhat are at 42nd and 45th spot respectively.

In men’s doubles, Rupesh Kumar and Sanave Thomas jumped seven places to be placed just outside the top 20 bracket at 21st place.