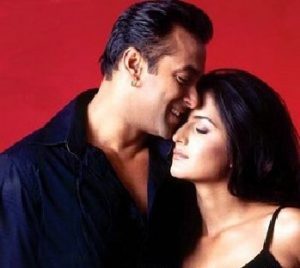 The excitement has set in when this news spread in the circles… The ex-lovebirds will soon be back together – ah ha but for professional commitment of course!

Salman Khan and Katrina Kaif will share the screen for ‘New York’ famed helmer Kabir Khan’s next venture. Some time back the speculations were rife that these two are being considered for the project, Sallu bhai had some reservations then about the casting. However things said to have been smoothened and the ground work is going to start.

On the other hand some sources claim that there is no animosity between Salman and Kat and they are still very good friends.

Incidentally, it is said that initially talks were going about Deepika Padukone and Priyanka Chopra being considered for the female lead. However Katrina seemed to be better suited for the role. Besides, having worked with Kabir Khan, she is Kabir’s favourite and also they share a very good equation.

Hmmmm, looks like finally the wait is over to see Kat and Salman together. While they looked adorable in the special track of ‘Tees Maar Khan’, it will be wonderful to see their chemistry in Kabir’s movie…

Let’s wait for this one… What say?