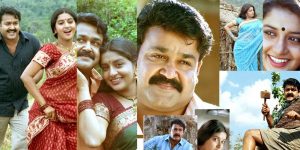 Sathyan Anthikkad’s new film would have Mohanlal in the lead role.

The last time the director and the Megastar came together was for ‘Innathe Chinthavishayam’. Sathyan’s new film would be produced by Antony Perumbavoor under the banner of Ashirvad Cinemas.

The scripting is currently going on. Cinematography would be by Venu. The cast hasn’t been finalized as yet.

Shoot of the film is expected to start by March. Mohanlal who has wrapped up ‘Christian Brothers’ is in Ooty shooting for Rafi-Mecartin’s ‘China Town’.