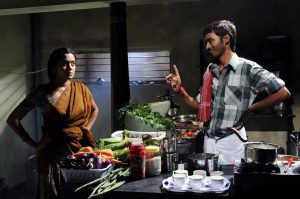 It’s raining Dhanush in theatres. We had ‘Uthamaputhiran’ for Deepavali and ‘Aadukalam’ for Pongal. With ‘Mappillai’ getting ready for an April release, ‘Seedan’, which has Dhanush in a ‘crucial’ role, is gearing up to hit the screens.

Directed by Subramaniam Siva, who gave the blockbuster ‘Thiruda Thirudi’ in the company of the same actor, the film has a newcomer Krishna as protagonist and Ananya playing the female lead.

“Dhanush’s will be a special appearance. But his character will be so important. He agreed to play the role thanks to the rapport he shares with Subramaniam Siva,” say sources in the know.

Produced by Amith Mohan on Myth Productions banner, the film has Vivek to provide comic relief. Music is Dheena (who gave chartbusters in ‘Thiruda Thirudi’) while lyrics by Pa Vijay and Yugabharathi.