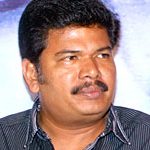 After so many flops, actor Vijay has now changed his path and his upcoming films will be completed different from what they had been in past. The film 3 Idiots made great waves in Indian and abroad nations for its magnificent theme. The film is now getting remade in Tamil and Telugu by Shankar as Gemini Film Circuit has signed him.

The Tamil version has Ilayathalapathy Vijay in lead role and Telugu with Mahesh Babu. It is being told that Jeeva and Siddarth will be performing the other 2 heroes’ role. But then, Siddarth has twitted that he is not interested in performing the repeated role of a masterpiece as it would not bring the exact feel.

The film’s shooting will start soon after the release of Endhiran as Vijay would have almost completed his Velayudham by then.