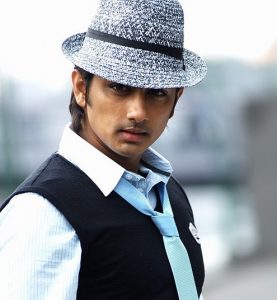 Boys fame Siddharth is back in Kollywood with the film 180. Siddharth is now the star to imagine among Tollywood. Though he made his debut in Tamil, he grabbed the attention of the neighboring industries with his next door boy image and brilliant acting skills.

I am very happy to be back in Tamil cinema after seven long years. It is like being back home after ages. All these years I was looking for an exciting script and finally it happened with 180. There is also a false impression that I work with only top directors and filmmakers, which is truly false. I have not even meet Mani Ratnam sir or Shankar sir for a long time. So far I have introduced nine directors in Telugu. This proves that I am ready to work with anyone if the script is interesting” says Siddhartha.

Siddharth is sharing the screen space with Priya Anand and Nithya Menon. Jayendra has worked as director for 180 while Suresh and Bala have given the story and screenplay