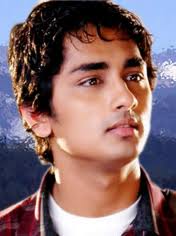 Southern Stud Siddharth is currently engaged in the promotional activities of his forthcoming film 180, which is set for a release on 25th June in both Telugu and Tamil versions.

Besides this, the talented actor is in plans to wield the megaphone for films and the interesting fact is he will also produce those films. Siddharth may also produce the films of the other directors. Before turning as an actor Siddharth worked as an associate to ace director Mani Ratnam and learnt direction skills.

Siddharth is currently acting in the movie Oh My Friend pairing with Shruti Haasan, which is Dil Raju’s production venture. A debutant Venu Sri Ram is directing the film