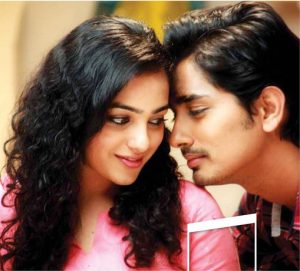 Siddharth’s forthcoming film 180 is all set for its release on 25th June in Tamil and Telugu versions. The producer will send the first copy of 180 for its censor certification on 14th June. The promotional events of 180 will begin from next week, where the star cast will travel major cites across A.P and Tamilnadu.

Priya Anand and Nithya Menon played the leading ladies in the film directed by famous ad-maker P. Jayendra. Siddharth will be seen as a doctor in the film and the story is set in India and USA backdrop. 180 movie was shot on Red One camera except for a song that has been captured by using a Phanton HD camera.

Music is scored by Sharat Vasudevan while camera is cranked by K.T. Bala Subramaniam. 180 is jointly produced by SPI Cinemas and Aghal Films while Sathyam Cinemas is presenting it.