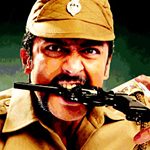 Director Hari has completed the entire shooting of ‘Singam’ with Suriya and is now busy with planning promotional activities for the film. He recently completed a photo session with the leading stars Suriya and Anushka.
As Suriya will be busy with his first Hindi film ‘Raktha Charithra’ soon, Hari is over working to can all the materials that would be required for the promotions as the film’s release gets nearer.

Suriya who would go for a change of get up as usual for the new Hindi film is also cooperating with the director to complete all formalities before he gets into the mood of ‘Raktha Charithra’. So much that the duo have even shot a few video interviews which would be give to television channels at the time of release. Terrific forethoughts!