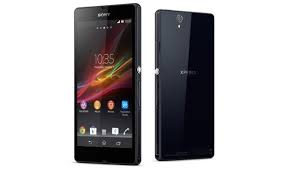 Sony’s upcoming Android cameraphone, the Xperia Honami? Then, there is some more info about the device. It is getting an official name, as per a known XDA-Developers user, who claims that the Sony cameraphone is to be known as Xperia Z1 officially. The XDA developer is trustworthy as he has a better track record in leaking info about some past Xperia devices.

Some sources have already leaked several press photos of the Xperia Z1. Sadly, the popped-up pictures are rather low in resolution, and so they reveal no information in detail about the devices. Anyways, it is clear that the Xperia Z1 is going to arrive in three colors; purple, black and white. The device carriers a glass back like the original Xperia Z.

Before report Xperia Z1 or Xperia Z One was referred to as the Xperia i1 Honami in full name. Still, we are not sure when Sony is really going to release the device, but rumor mills have now confirmed its official name.

To fresh your memory, the Z1 is to pack a solid Snapdragon 800 chipset with Adreno 330 graphics card and a quad-core Krait 400 processor. It is to sport a 5-inch FullHD display as well.

The Sony handset is to run Android 4.2.2 Jelly Bean out of the box. In line with many of Sony’s high-end phones for 2013, the Z1 is also likely to be water and dust resistant one.