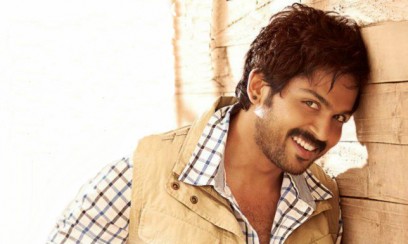 Karthi’s upcoming films All in All Azhaguraja and Biriyani satellite rights were sold out at a record 11.5cr each. Sun TV has bought AAA and Biriyani, who has also bagged the rights of Ajith’s Veeram and Vijay’s Thalaivaa.

KE Gnanavelraja of Studio Greens banner posted in his social networking page, “All in All Azhaguraja and Briyani satellite is sold for 11.5 each to Sun tv, veeram for 13 and thalaiva for 15, suriya’s next is sold for 15.”

Producer, who has just won the producer council elections for the post of secretary is happy for Karthi, who is just 8 films old in Kollywood and said, “All in All Azhaguraja and Briyani satellite sold at a record price in par with suriya, vijay and Ajith, clear indication where karthi is in just 8th film.”