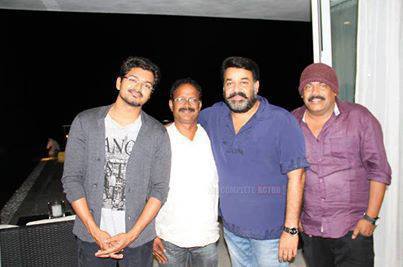 Vijay is busy with the schedules of his upcoming film titled Jilla with Kajal Agarwal. The film’s unit has shot some important scenes in Hyderabad and will start new schedule in Chennai from Thursday [Sep 12].

Directed by Nesan, Jilla team has earlier planned their 5th schedule in South Tamil Nadu, which is now altered to Chennai as Malayalam Superstar Mohanlal is not well. Director will be shooting some of the action sequences in this schedule.

Mahat Raghavendra will be essaying Vijay’s brother in Jilla while Mohanlal will be Vijay’s godfather whereas Vijay and Kajal Agarwal will be playing cops. D. Imman is composing the music for Jilla, being produced by Super Good Films banner and slated for 2014 Pongal release.