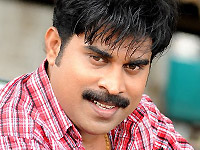 Suraj Venjarammoodu will play the lead role in a film titled ‘Cooling Glass’ that would be directed by Benjith Satheesh.

The script of the film will be written by Murali Krishna. The cinematography would be by Jibu Jacob.

‘Cooling Glass’ would be produced under the banner of A R Cinema.