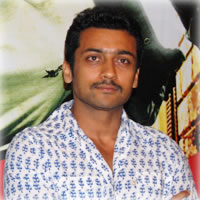 The film is being produced by Kalpathi S Aghoram under his banner AGS Entertainment.

Suriya and KV Anand are coming together after their super hit Ayan(2009), so there is a big buzz around the film.

The film has script by Subha and has music by Harris Jayaraj.  The shoot of this action packed entertainer would start in April.

KV Anand and Suriya are yet to fix the Maatran heroine.  The grapevine is abuzz that the director is trying his best to get a Bollywood heroine either Dabangg fame Sonakshi Sinha or Band Baaje Baarat girl Anushka Sharma.

Among those in south who have thrown in their hat are Kajal Agarwal, Hansika Motwani and Taapsee.