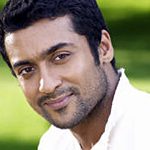 One of the roles Suriya playing in ‘7am Arivu’ is that of a Buddhist Monk. The other two characters are a scientist and a circus artist. The film will create ripples once it hits the screens.These are the latest three things we hear about the multicrore-multilingual venture, directed by A R Murugadoss and produced by Udhayanidhi Stalin’s Red Giant Movies.
“The movie, with enough evidence, will reveal some secrets about the origination of Kung Fu and other martial arts. It will also talk about ancient relationship between India and China,” say sources.

With Shruthi Haasan playing the heroine, ‘7am Arivu’ is said to be a scintillating thriller which will travel between the present era and Pallava period. “Suriya has given his heart and soul to the film,” sources add.