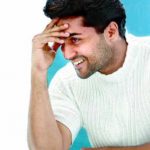 A.R. Murugadoss, Suriya, Harris Jayaraj, Udhayanidhi Stalin, Shruti Haasan, Ravi K. Chandran… Ezhaam Arivu (which means seventh sense) has some of the best names from Kollywood teaming up. The team will soon leave for China for its first shooting schedule. Reportedly director Murugadoss and music composer Harris Jayaraj have already gone to Singapore to compose music for the film. The duo have worked together in Ghajini, which was an instant hit. The film is an trilingual made in Tamil, Telugu and Hindi.