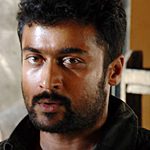 The Tamil film federation is in no mood to budge. All the film bodies are firm to show their strength of unity unforeseen before. As announced before, FEFSI has started taking action against the Bollywood gang which ridiculed FEFSI dictates and participated in IIFA in Sri Lanka.
As the first case Hrithik Roshan’s ‘Kites’ was pulled out of the theatres and their anger is now brewing over ‘Raavan’ which has another defaulter Govinda playing an important role.

Angered Tamil activists are also planning a ban of RGV’s ‘Raktha Charithra’ which has Vivek Oberoi. The also stars Suriya but the activists are not ready to forgive Vivek Oberoi who openly criticised the decision of FEFSI.

Will ‘Raktha Charithra’ be saved at least for the sake of Suriya? As things stand now it is difficult to say.