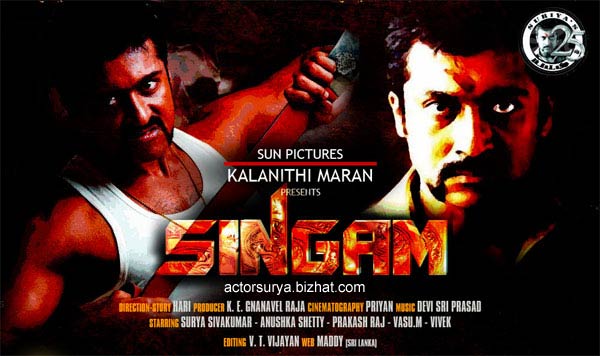 South Indian star Suriya’s ‘Singam’’ will be the first Tamil film to be released on a unprecedented scale across US.
BIG Cinemas is releasing the film in more than 30 screens across 24 locations/cities in U.S. on June 28. These include 10 own locations of BIG Cinemas.

A ‘Suriya searches for his biggest fan in U.S.’ contest has also been organised by the distributor which began on May 23 and will go on till June 7.

Surya himself will select the winner, who will get to exclusively video chat with the actor and receive autographed ’Singam’ movie merchandise which includes the police uniform and accessories worn by Surya.

“Singam is Suriya’s 25th film. Singam revolves around smuggling activities taking place in Rameshwaram. Suriya plays a cop after the stupendous hit ‘Khaaka Khaaka’ and the film is expected to have the right mix of sentiments and comedy like all other Hari films,” a Big Cinemas statement on Wednesday said.