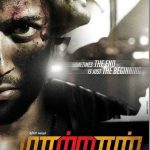 Early today we have reported that Kajal Agarwal has been confirmed as the female lead opposite Suriya and now we come across a shocking update of the film. If recalled there was an update a few days back stating that Suriya is playing five different characters in Maatraan but latest we hear is that Suriya playing 20 different roles in the film. If this is the scenario, Maatraan will surely break until now records in the industry.

Earlier we have seen Universal star Kamal Haasan playing ten different roles in Dasavatharam but Suriya coming up with twenty role sin one film is going to be a difficult task to be heard but for Suriya, the Mr. Perfectionist of Kollywood, it will be a cake walk attempt.

Maatraan is all set to start the shoot which is scheduled to take place on borders of Pakistan. KV Anand has retained the Ayan team for Maatraan also, as Harris is composing the tunes and Subha, for writing the script.