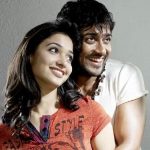 National award winning director Bala’s forthcoming Avan Ivan will be a full-fledged commercial venture, i.e. made with the hope of declaring a profit. Reportedly actor Suriya will appear in a guest appearance in the film towards the climax. It is said that Suriya, appearing as himself, will perform a thrilling dance number in the film. (Remember Simran in Pithamagan?)

Starring Arya and Vishal in the lead roles, the film commenced its shooting schedule recently and will be completed within six months. Janani Iyer is one of the heroines. Yuvanshankar Raja scores the music in Avan Ivan, produced by AGS Entertainment.