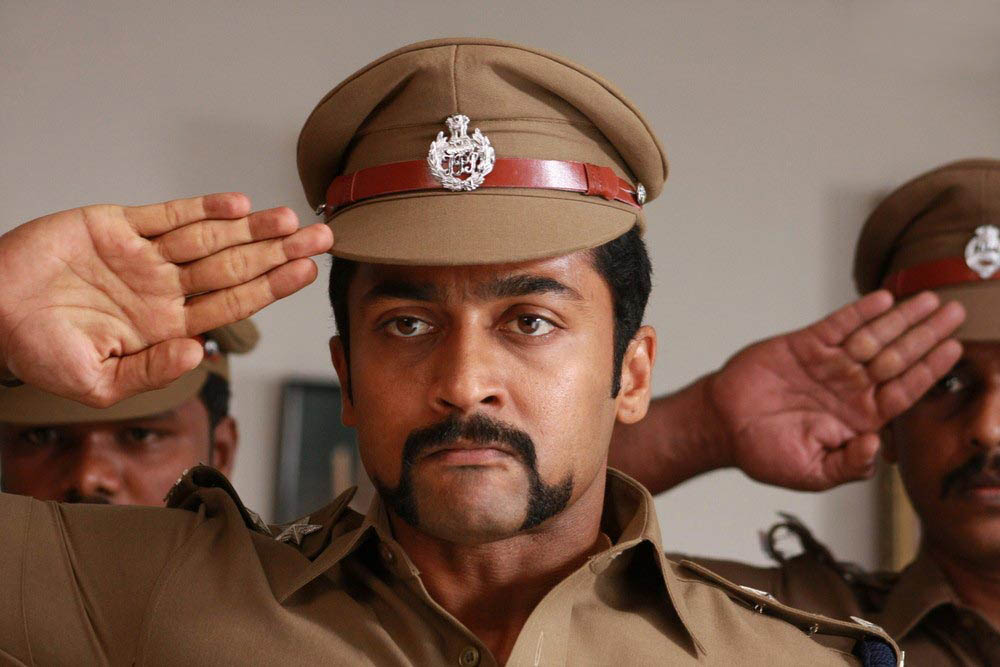 The much-awaited Tamil film ‘Singam 2’, starring Suriya went on the floors Wednesday [Sep 19], on the occasion of Ganesh Chathurthi. Director Saravanan of Engeyum Eppothum fame has shot the first shot on Suriya, while Sivakumar, Karthi et al took part in the pooja.

Director Hari is helming ‘Singam 2’, which is a sequel to the 2010 smash hit ‘Singam’, with actors Suriya, Hansika Motwani and Anushka Shetty in the lead roles. Comedians Santhanam and Vivek have also been roped in to provide some laughter moments.

Suriya’s role as a righteous cop in ‘Singam’ was one of his career-best performances. The film’s commercial success led to remakes such as ‘Singham’ in Hindi, ‘Kempe Gowda’ in Kannada and ‘Shatru’ in Bengali. Rohit Shetty directed the Hindi version with Ajay Devgn and Kajal Agarwal was a box-office winner and also joined Bollywood ‘Rs.100 crore’ club.

Devi Sri Prasad has been signed on to compose music for ‘Singam 2’, and the composer has already stared composing tunes. “Having fun in the studio composing for Singam 2. Suriya came and spent some time. We all had a great time,” Devi tweeted recently. Meanwhile, Suriya’s upcoming Tamil film ‘Mattrraan’ is slated to release in October.