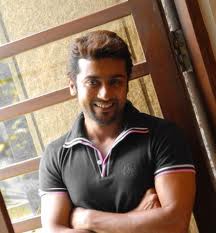 Suriya has shot for a two minute ad campaign, to create awareness among the children on fireworks usage. It’s the initiative by Tamil Nadu Fire and Rescue Services for spreding awareness for happy and safe Diwali.

Director Lakshmanan has wielded the megaphone for this short awareness film of Diwali and it’ll be aired from a week before the festival in all the theatres and television channels. Though fans will miss Suriya’s featured films this Diwali, they can now watch him in this 2 minute ad-film.

Suriya will soon begin shooting for Lingusamy’s film that will cast Samantha as his lady love. Stay glued to this space for more updates of Suriya’s film.