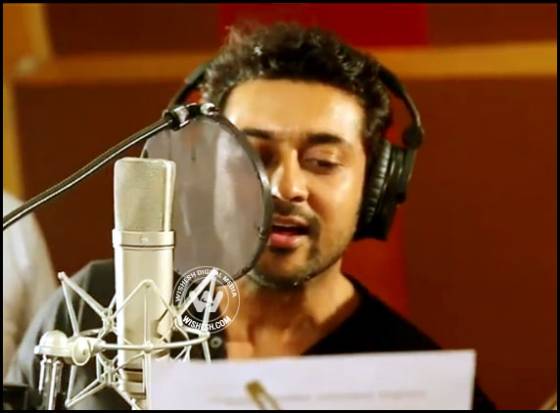 The league of actor-singers has a new fresh voice. Its none other than south Indian actor, Surya.

The four-line song for an ad film of Sunrise coffee powder, starts as “Suryodayam tarum Sukhavasame”, is already a viral hit on online media.

The opportunity to sing the song surprised the actor who had come to the studio for the dubbing the ad. Singer Karthik, who was also present in the studio at that time, disclosed the surprise ‘gift’ to Surya. Though the actor was nervous initially, he sang comfortably in the presence of Karthik.