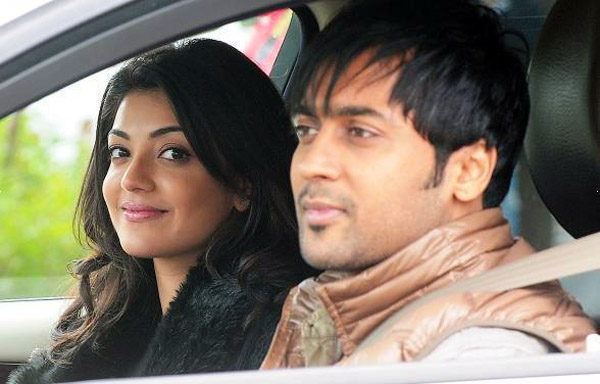 Actor Surya along with Kajal Agarwal and 500 dancers is shaking a leg for a peppy romantic number for ‘Maatraan‘ in the scorching heat of Jodhpur. The team is shooting in a high temperature of 41 degrees in the desert.

The film that was initially slated for a summer release saw an indefinitely delay thanks to a tussle between FEFSI and TFPC.

‘Maatraan‘ is a high voltage action entertainer that brings back to big screen the hit combination of KV Anand, Surya and Harris Jayaraj who earlier delivered blockbuster ‘Ayan‘. This film has Kajal Agarwal as the lead lady.

‘Maatraan‘ that has some stunts captured with performance motion capture technology is touted to see Suriya in more than one dimension, with both positive and negative shades.