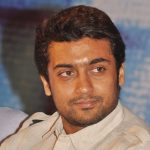 Actor Surya is riding high on success of almost all his movies. Although his previous movie ‘Rattha Charithram’ wasn’t a good hit, the actor was lauded for his performance.
Now he is close on the heels of completing his next movie ‘7am Arivu’ that is touted to be a medical thriller directed by A.R Murugadoss and produced by Udhayanidhi Stalin under the banner name of Red Giant Movies. Soon after wrapping up with this movie, he will soon start filming his next project titled as ‘Maatran’ The film is again a challenging project for Surya as he will play 5 different roles. After he is done with this project, he will come together joining hands with Hari for the fourth time. Right now Hari is busy wrapping up the shooting of his present project ‘Vengai’ starring Dhanush and Thamannah in lead roles.