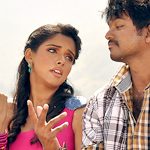 The much awaited answer to the question buzzing around the Indian cineworld is here! Both Ekaveera Creations & Cinema Paradise have resolved the recent disputes over the ownership of the worldwide distribution rights with Tantra Films.
After much negotiation the producers of ‘Kavalan’ have produced the laboratory letter confirming Tantra Films as the sole rights owner for the Entire Overseas Territory. Hence, JK Saravana, the Chairman of Tantra Incorporated Pte Ltd (the parent company of Tantra Films), will be removing the High Court injunction Stay Order on the release on Monday. This amicable settlement reaffirms the release of the film during Pongal next year.

JK Saravana also confirmed that Producer Romesh Babu of Ekaveera Creations, Sakthi Chidambaram of Cinema Paradise and he are working closely to promote and ensure Kavalan’s worldwide success as a Super Blockbuster!

With that Tantra Films would like to announce the grand premiere of ‘Kavalan’ trailer in the United States, where Ilaya Thalapathi Vijay graces the musical ‘Vijay Unplugged’.