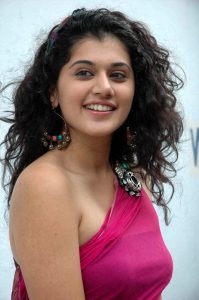 Pawan Kalyan has opened the hits account of the summer releases with Teen Maar and looks like next it’s the turn of the Young Rebel Star to continue.

Prabhas is all set to hit the screens with Mr.Perfect on 22nd April. Producer of the film Dil Raju has already confirmed the release date and has already unveiled its first list of the theaters. While Kajal Agarwal is playing the leading lady, Tapsee is playing an important role in the film. The actress has also lent her voice for her role in the film and this is the first time Tapsee has dubbed for a film.

This Punjabi girl has pinned high hopes on Mr.Perfect as her last outing Vasthadu Naa Raju failed badly at the Box-Office.