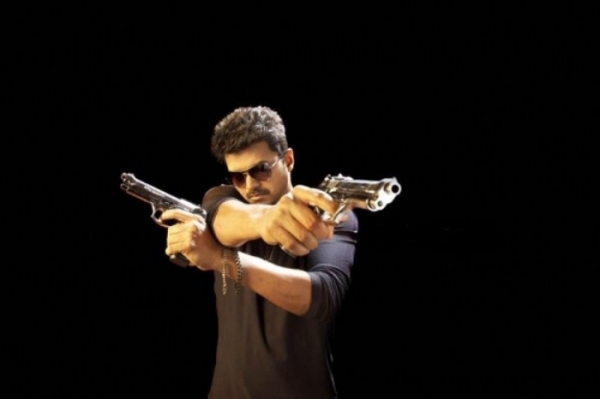 Thuppaki starring Vijay is one of the most wanted releases in the recent times. While makers of Thuppakiare still waiting for the final judgement from the Chennai High court regarding the titled issue, a leading distributor from Kerala has bought the distribution rights for the best price.

Kajal Agarwal is playing the female lead for Vijay in AR Murugadoss directing Thuppakki in the production of AGS Entertainments banner. Harris Jayraj is composing the music notes for Thuppaki that are slated to be released in Mid-Sep followed by the movie release touted to be on Nov 13th, on the occasion of Diwali.

Meanwhile Trailer and the posters of Thuppaki will be released once the title issue is cleared.