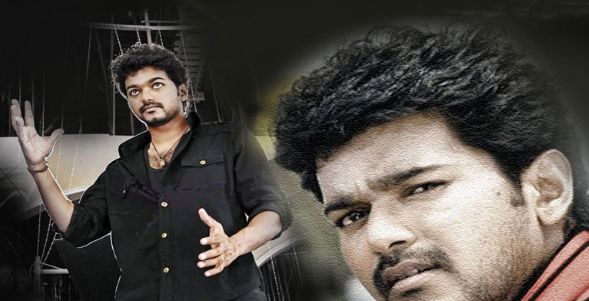 Ever since Salman Khan’s Ek Tha Tiger became a roaring success, there is a lot of demand for its remake. The latest buzz in k-town is that Vijay will be seen in this commercial success.

Though many filmmakers are in the race to bag the remake rights, we hear that Jayam Raja is keen on getting the project. Also he wishes to rope in Ilayathalapathy Vijay in the remake.

The duo who had earlier worked together in Velayudham (again a remake of a Telugu film) was a commercial hit. Vijay & Jayam Raja who are known for remaking films (from other regional languages) that become a huge success are said to be a good combo for this Kabir Khan directed Ek Tha Tiger, produced under the banner of Yash Raj, which featured Katrina Kaif in the lead.

We hear that Raja wants Vijay, as he feels that Ilayathalapthy will do justice to Salman’s role in this action-romantic-thriller, which talks about the life of a secret agent, who is on a mission. In fact, reports also suggest that Vijay is the favorite choice of many directors.

Ek Tha Tiger though got mixed reviews from critics for not having a very appealing story-screenplay, the film drew a huge crowd on the Independence Day release (though being a Wednesday) and the success continued over the weekend. It has made huge Box Office collections and is said to have collected Rs 100 plus crore in 5 days in India.