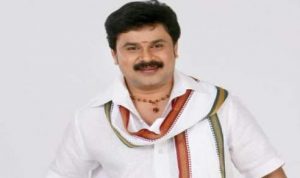 Director Thomson seems happy at the way his film ‘Karyasthan’ has performed at the box office.

His new film would again have Dileep in the lead role. Titled ‘Thiruttu Rascal’, the film would be scripted by Sibi K Thomas and Udaykrishna, who have been scripting almost all of Dileep’s films recently.

‘Thiruttu Rascal’ would start its shooting by the end of February.