Megastar Mammootty’s third release of the year ‘The Train’ opened in 67 centers all across Kerala. The movie directed by Jayaraj also feature Jayasuriya in an important role, while Mammootty appears as Kedarnath, the top officer in Anti terrorist squad. 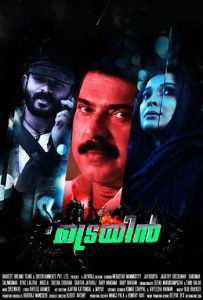 The First Day First Show viewers seems to go be going for an average to good response about the movie which is told in the backdrop of Mumbai blasts. The movie which also features six songs is said to feature a different narrative structure.

‘The train’ will take on ‘Dheera’, the dubbed version of the Telugu hit ‘MagaDheera’ by S S Raj mauli.’ Dheera’ with plenty of visual effects is expected to make a impactful run in the Kerala Box Office.