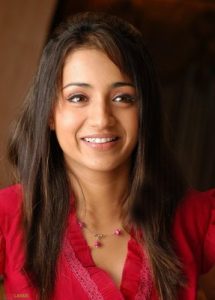 Tollywood’s film-nagar sources are abuzz that the pretty actress Trisha has rejected the offer to pair up with hero Sunil for a new film.

We have earlier informed that Dil Raju is planning to produce a film tiled Napolean with Sunil in the lead, introducing director Rajamouli’s associate Koti as director. The makers of the film felt Trisha is apt for the leading lady role, but the actress when contacted has rejected the offer. Trisha who has paired up with all the top starts in the South is currently busy with the remake of Malayalam hit Bodyguard with Venkatesh in the lead.

The makers are now in search of another heroine, who suits the role. Napolean is expected to start is shoot from August and other details regarding its cast and crew will be announced shortly.