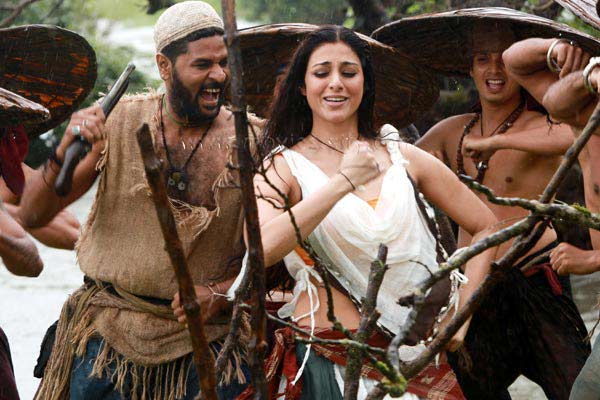 In Cinematographer Santhosh Sivan’ s direction, “Urumi” got ready in both Tamil and Malayalam. This film will be released after election in Tamil Nadu. Prithvi Raj, Prabhu Deva, Arya, Thabu, Vidya Balan, Genelia,
Nithya Menon and so on there’ s a big star list in this film. The film is based on 15th century. Santhosh Sivan have shooted 100 days in Maharashtira, Bangalore, Chennai, Kochin and so on. Before starting the shooting of the film Santhosh have collected many books and didnt big research about the places he shooted. Music by Deepak Dev. Since Director is already a Cinematographer there are many scenes that will steal our heart and eyes. After the election is over “Urumi-15′aam Noorandin Uraivaal” is about to get released.

The English version of the movie is now ready which will be somewhere around two hours and four minutes.The makers are planning to release the Tamil version in theatres by the 23rd of this month.Since the movie features breathtaking visuals and an ensemble cast including Prabhudeva, Genelia and Vidhya Balan, the movie is excepted to do well also in Tamil Nadu.