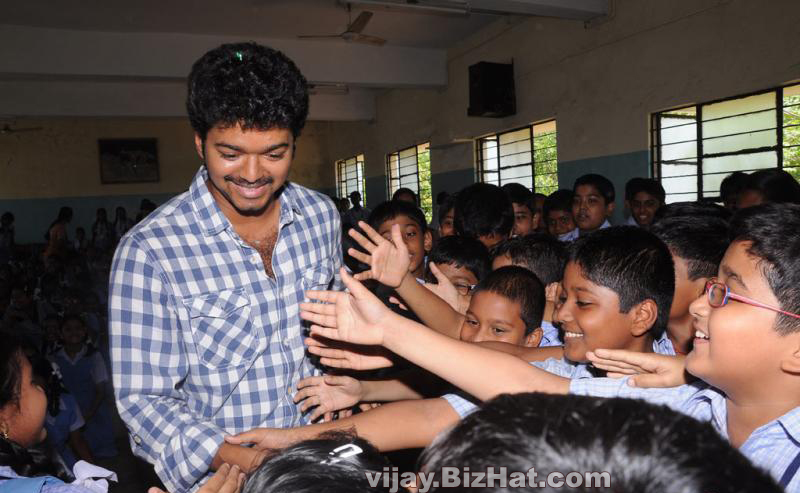 Ilayathalapathy Vijay celebrated his birthday by doing a lot of social work.

The day started for Vijay and his wife Sangeeta at the Government Hospital for Women and Children in Egmore. They gifted gold rings to new born babies at the hospital.

Later he went to his Kalayana Mandapam, and attended the function where various social activities were kicked off by his fans. Speaking to the media Vijay said : “Kaavalan was a very important film in my
career. It faced a lot of problems during releas. We faced all that and released the film . I’m very happy that the film did well and was showcased at the Shanghai Film festival”

On Working with Shankar, Vijay said: “Shankar sir can be called India’s Spielberg. I’ve always wished to be part of a film that he’s directing—but have got an opportunity only now. It’s very comfortableto work with him—he deals with artistes better than others. I am sure Nanban is going to be a big film in my career”

Asked whether he is going to do Seeman’s Pagalvan or the AR Murgadoss film, the actor just smiled and said Paarkalam (Let’s see) . About his next release Velayudham, Vijay said emphatically- “Velayudham pattayai kalappum” ( Velayudham will rock) !!