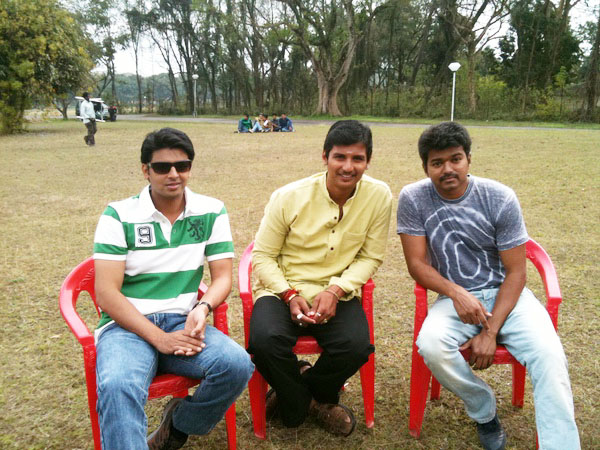 This is for the first time we have been witnessing, Shankar’s project getting wrapped up so fastly. Vijay has joined the sets of Nanban soon after completing the shoot of Velayudham. Shankar has shot important scenes of the film including class room sequences. The team has started the shoot just before five months and has completed four schedules. There will be a break of one month and Shankar is planning to shoot songs in foreign with Vijay and Ileana in the next schedule, which would go on floors by end of July.

Jeeva and Srikanth seem to be having more importance as they’re all through the film. Ileana the leading lady of the film has completed most part of her scenes of the film

Music by Harris Jayraj is also getting ready for its release sometime in August.