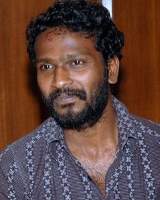 Ever since he bagged the National Award for the best director, Vetrimaran’s phone is ringing non-stop as many offers are coming his way. The project with Cloud Nine is titled as Vada Chennai which is a long pending project.  With Cloud nine taking the responsibility of producing the film the obstacles around the film are removed. If watched keenly the script is the main factor in Vetri Maaran films. Vada Chennai script too would be no different.  Vetri Maran is leaving no stone unturned while penning the script.

The rest of the details of Vada Chennai will be made official once they are finalized.