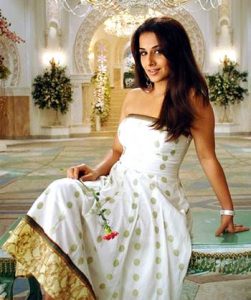 Enthiran created history across the nation, and our Superstar has already signed his next project Rana, to be directed by K.S. Ravikumar. Rana, a trilingual to be made in Hindi, Tamil and Telugu, has Rajni playing a triple role (youth, middle age and old man). And guess what? Bollywood’s current sensation Deepika Padukone will be paired opposite the young Rajni, while yesteryear beauty Rekha would be seen opposite the older character played by Rajni.

The latest buzz is that versatile actress Vidya Balan has been signed to play the heroine opposite middle aged Rajni in Rana. The shooting of this film is expected to begin in Chennai from April 2011.