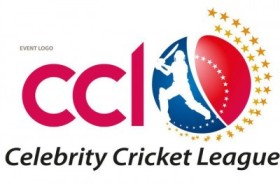 What is better than watching the cricket World Cup? Perhaps a game by the Celebrity Cricket League (CCL).

Bollywood and cricket have always been major crowd pullers, and in a novel attempt to combine the two, the CCL has been launched.

The league is based on the Twenty-20 cricket module and will feature teams of actors from different languages (Hindi, Telugu, Tamil, and Kannada).

The tournament, which is scheduled to take place in June, will first have a friendly match between the ‘South Superstars’ and the ‘Mumbai Heroes’ on March 5 at the ACA-VDCA stadium in Vizag.

Sudeep will captain the ‘South Superstars’, which consists of Chiranjeevi, Venkatesh, Madhavan, Sarath Kumar, Suriya, Vijay and others.

This will surely be one match that everyone will look forward to.