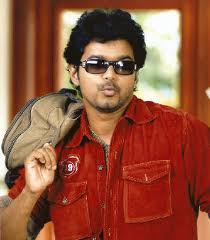 The biggest buzz in Kollywood film circles is that Ilayathalapati Vijay has bounced back into the much publicised Tamil remake of 3 Idiots!

This Shankar directed film is in the news for all the wrong reasons ever since Gemini Film circuit decided to remake it in Tamil and Telugu.

Vijay and Mahesh Babu who were supposed to do the film, walked off in the last minute citing reason of date problem.

Later there were media reports that Gemini was planning to go ahead with the project with Suriya in both the languages. And now the latest rumour doing the rounds is that Vijay has once again bounced back and is holding fresh discussions.

When contacted, Vijay preferred to smile and maintain a studious silence.

Meanwhile reports from Andhra say that Ileana will be shooting in Ooty along with Jiiva, Srikanth, Omi Vaidya and Sathyaraj from Jan 30.